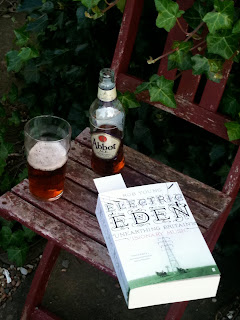 This book by Rob Young is a work of genius. Am taking it slow because the content is so fascinating . The chapter about Vashti Bunyan is worth the price alone. Am reading about William Morris , Arnold Bax and all kind of stuff that sets the mind racing. The chapter is called " Orgy on the Green" . Amazing insights into the work of Cecil Sharp ,Vaughn Williams,  Holst and a host of English musicians  and artists.
In this technology driven age it would appear we might just be missing something important. Maybe we may need to look backwards to move forward?
In other news there have been some awesome sunsets recently. 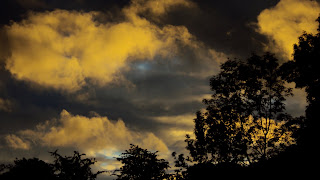 August. The busy month when time flies by. I always have a feeling of anticipation because September is in the wings. In the days of innocence I remember long hot summers that seemed endless.School a distant memory. Days filled with cricket or football ,  bird watching, cycle rides eight miles to the nearest outdoor swimming pool.There were only one or two buses a day and we couldn't afford the fare anyway. Haymaking. Finding a lapwing's nest. What a gang we were. Stew Robert, Screwy Naylor, Ray Horan , Peter Outram , Morphy Richards, Chalky White, Smoky Ashton, Graham Ollerenshaw ,Nobby Clark. Evenings in the hay meadows just laughing ,playing hide and seek , cowboys and indians....sitting by the river watching the rainbow trout as they jumped for midges. The sun would set behind Mam Tor, the summer stars would slowly appear like magic before our young eyes. Beautiful . In the days before television , in the days before rock and roll- the 1950's. 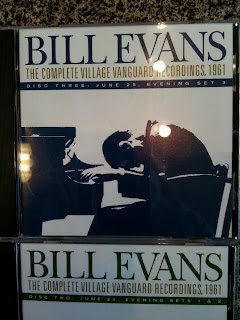 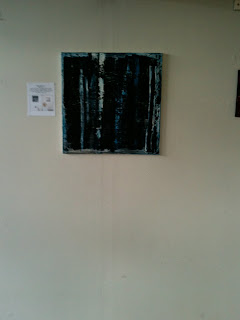