PLAYLISTS and New work in progress

A little predictable I guess..... 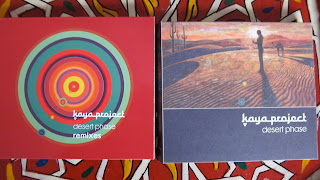 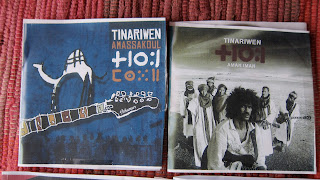 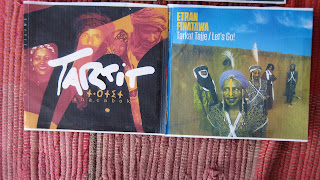 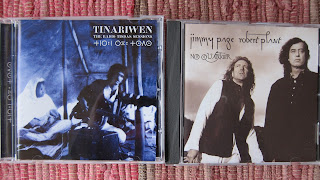 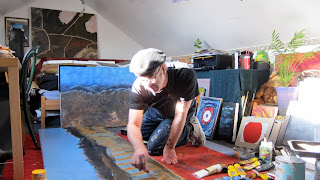 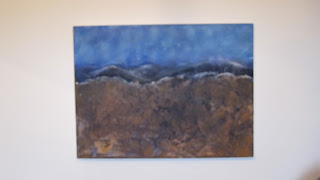 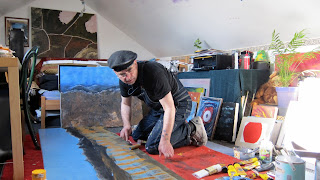 ON THE ROAD part 2

Our trip to the mountains was quite amazing. The m9 took us from the bustling and noisy city out into the flatlands .The roadside inhabited  with one horse villages where residents of the surrounding area would come to buy, sell and trade . The Tourist Trade still prevelant wherever you turn to look rugs, lanterns, tagines!. The highway littered with battered Toyota's loaded with contraband , mopeds overloaded with "stuff", pushbikes and mothers and children sitting. With the sky a beautiful blue overhead the Atlas Mountains ,covered in snow, beckoned invitingly . Deep inside you knew you would only be able to touch their toenails such was their magnitude. But you could feel the ancient power and majesty. The sun was high now and the world, my new world, alive. I could feel the cobwebs of my mind loosening. 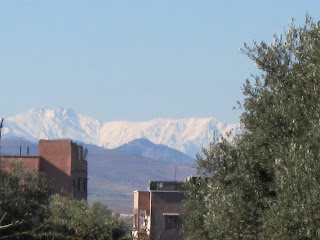 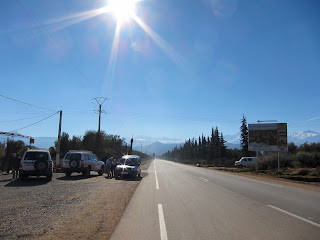 At the foothills of the Atlas Mountain we disembarked to explore the lower regions of the area and visit a series of waterfalls . To give some idea of the scale of the mountains the furthest of the seven waterfalls was a four day trek. Even in these lower regions the air was clear and fresh and the silence often broken by the cry of a hawk but little else. I tried to imagine a four day trek and as we passed a local gentleman sitting by the track(he looked up from under his hood and smiled at me ) I wondered "what does he think about all day". Traditional Moroccans do a lot of "sitting" it seems. But four days into the mountains ? I wonder what that is like? Somehow without trying , even in such a short time , my soul soaked up the colours , smells, and vastness of the place I had dreamed of visiting. One impression I understood was that out here although they have phones and television etc. the mountain people would exist quite happily while the West just runs itself into the ground. I think its easy to romaticize and I am trying not to paint the wrong picture- there is much that is hard for Westerners to cope with in Morocco but there is a Spirit of Place to experience if you are able to sidestep all the rubbish that is thrust in your face . We do exactly the same here !!! The mountains , the air , the light , the colours , the sense of something ancient ! These are the memories that have buried themselves in my soul. 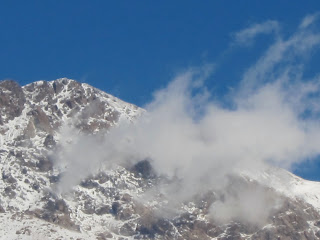 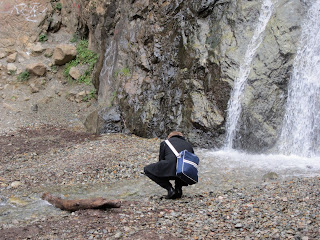 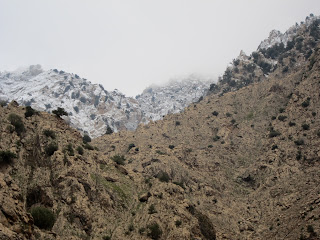 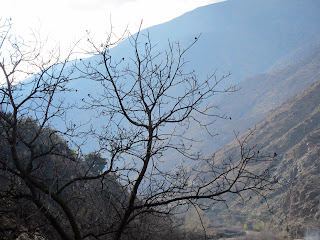 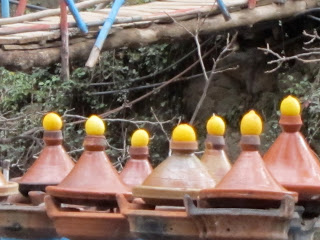 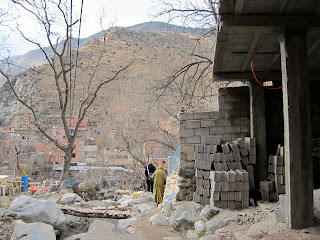 Later , back at the hotel, I looked in the mirror. My eyes were different . Bright , intense , and now blue and hazel !!! I felt alive again.

LOW HORIZONS BACK ON THE ROAD part 1

After many years I get to visit Marrakech in Morocco. I was enchanted by "  MARRAKECH EXPRESS " back in the 60'''s and the time seemed right to "blow the cobwebs from the edges of my mind". What an incredible experience to walk the streets of this amazing city and to experience the legendary Jemaa El Fns -the Square of Death. From the rooftop terrace of our hotel we were able to see the Atlas Mountains in the distance ,the snow covered tips glistening in the sunshine and the clear warm atmosphere. Later we would take a trip into these astounding mountains . 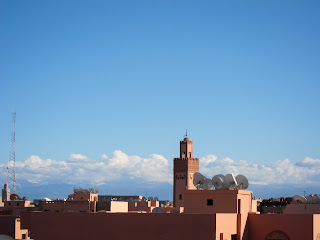 The Jemaa El Fna is an amazing place . You arrive after negotiating the madness of the non stop traffic of modern Marrakech at the Square. In the day the drums never cease. Snake Charmers, Dancers , Acrobats all kinds of street vendors all looking to help you give away your money. You can buy anything! Its electric, though at first unsettling , you soon wise up.Later as the sun sets and the Call To Prayer echoes from mosque to mosque across the city , if you pay attention, you can sense things change. Watching the sunset over the mountains as they turn pink in the fading light the soul is aware of something ancient and mystical .The drums and flutes stop, the dancers are still and the sun goes down. Almost by magic the food stalls appear and the intoxicating aromas of spices , all manner of food cooking before your eyes fill the air. Then come the soothsayers and fortune tellers sat beneath their umbrellas in the glow of a lamp. Musicians armed with ancient amps powered by car batteries and all kinds of stringed instruments are- joined by percussionists who gather in groups all around the square and begin to pour out the most amazing non stop street music. Its alive ! Blues from the World's End. 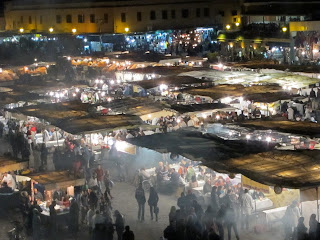 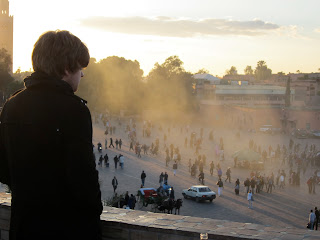 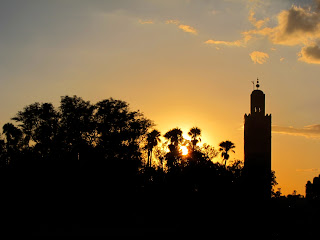 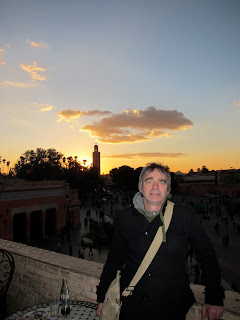 But what of the mountains ?  Is the wind blowing the cobwebs away and will this trip have an effect on my painting?
Posted by keef at 13:19 1 comment: